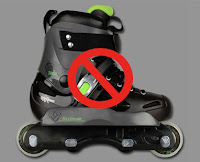 My 15 year old son had a brilliant idea last week while at the local roller skating arena. Let me rewind just a bit, first, however. My son does not roller skate, roller blade, ice skate or really skate in any fashion. Although he's pretty good on the long board and does wear skater shoes, these two things do not a skater make.  He insisted that he was going to just "hang out" with his friends, sit and talk.  $5 later, he was safely in the skating arena talking and having fun with friends..... or so I thought.
It just so happens that my daughter-in-law's sister, who is the same age as my son, was there also.  Since she can skate well, here is where my son's brilliant idea entered the picture.  "She can teach me to skate!"  And it went downhill from there.  As soon as he stepped foot on the rink, he fell backwards, twisting his wrist and falling on the bent arm.  I, however, didn't know all of this until later on in the night when I arrive to pick up said son who is outside, leaning on the building, holding his arm with a grimace on his face.  Great!  A half an hour later we realized there might truly be a problem and literally raced to the InstaCare clinic before they closed for the night where the doctor x-rayed and surprisingly announced we had a green stick break. 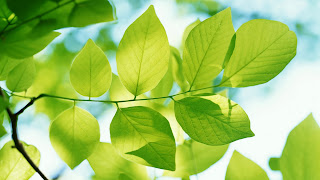 Green stick break?  Huh?  Apparently it's a fracture unique to pediatrics because young bones are still so flexible.  At least it wasn't near the growth plates.  I'd hate to have a son with one short little tyrannosaurus-like arm.  He'd probably hate it even more than me. 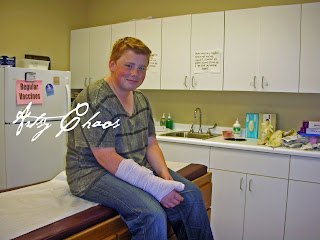 So, four days spent in a temporary cast to ensure that any swelling went down before getting the real cast.  The plan was to get purple.  Of course, we all know how plans go. 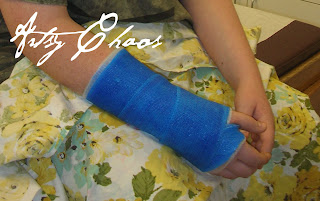 Sadly, there was no purple casting material to be had.  So my incredibly handsome non-skating son now has a bright blue cast for the next 6 weeks.  Did I mention he's already sick of it?
Thanks for stopping by!

lindy said…
Poor guy! How miserable! Sounds like me when I was his age. I think I managed to break just about everything, including my wrist while playing soccer. Hope this doesn't put him off skating in the future! :P
6/01/2011 7:21 AM

JRFrugalMom and Family said…
Oh my, let me not get started on skating:) Let's just say the only time I ended up in the hospital as a kid was because of a pair of skates.

Poor kid of yours, and with the beginning of summer vacation as well. My five-year-old just got his cast off....no more monkey bars for him:)


Thank you for participating in last week’s Wednesday Window @ Frugality Is Free. I hope you’ll stop by to link up your favorite blog post this week as well.
6/08/2011 6:10 AM

April 12, 2011
As a former Girl Scout, I have lots of fun camp memories. I remember learning to tie knots, set up camp and to cook over the campfire. An essential Girl Scout tradition is making a sit-upon. A sit-upon is a homemade waterproof cushion. They are easy to make and I remember using them every time we did any activity while sitting on the bare ground, which most often was damp or scattered with uncomfortable sticks and pebbles. A sit-upon is great for sitting around the campfire, your backyard, or even a sporting event.  There are lots of ways to make a sit-upon. When I was a Brownie Girl Scout, we made ours from old vinyl tablecloths and foam. But in a pinch, you can use a plastic garbage bag and a stack of old newspapers for padding. To revisit this simple craft project, I decided to use a roll of vintage vinyl wallpaper I found at a thrift store and some foam I bought at my local craft store. Essential Supplies: Waterproof Material (vinyl tablecloth, or other store-bought vinyl or
21 comments
Read more

Sunshine and a Wasp Tale

March 04, 2011
Where is the sunshine?  The other day it came out for almost the entire day and it was glorious!  Did you see it at your house too? I miss the sunshine.  Kind of like I miss that little girl in the scrapbook page (who is now 16!). Now that my kids are grown or almost grown I also miss those kid experiences.  Playing outside with no real purpose, the sweet little voices, the unconditional hugs.  When they were little, my kids loved to play in the yard and at the park.  Personally, I have a love/hate relationship with the park and backyard swing sets .  Many years ago we had one of those big sturdy wooden swing sets that had a fort look-out, swings and a slide.  It was painted with a lovely dark green enamel paint and occupied its own sand lot on the side of the house.  Unfortunately, the local wasps also thought the swing set was lovely.  They built their little nests in every corner of that thing.  One day my youngest was out in just a diaper playing in the fort and made the wasps
262 comments
Read more